Brother John, monk in the 13th century Abbey, is back in the streets of Saint-Michel-en-l’Herm today.

Brother John is lost, he is looking for his abbey and most of all the abbey’s bell of which he used to be the bell-ringer.

Do you want to help him find his bell ?

The Royal Abbey and the Andre Deluol Museum in Saint-Michel-en-L’Herm allow you to discover the village with Brother John.

This walk is accessible to all everyday. Keep an eye out around you and be careful of the cars when you cross the street.

Meeting point to help Brother John find his bell is on the car park in front of the church.

You can visit the Abbey in July and August, Mondays, Tuesdays, Thursdays and Fridays from 8am till 5pm. For the rest of the year and school holidays you’ll have to ask.

You can visit the Andre Deluol Museum in July and August from Mondays to Fridays from 2pm till 6pm and on Saturdays from 10am till midday.

You have to pay to go in (tickets at the Tourist Office in Saint-Michel-en-L’Herm). 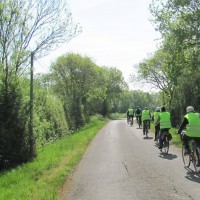 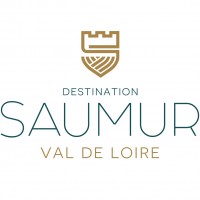